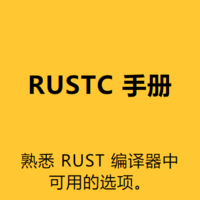 rustc supports doing profile-guided optimization (PGO).
This chapter describes what PGO is, what it is good for, and how it can be used.

The basic concept of PGO is to collect data about the typical execution of
a program (e.g. which branches it is likely to take) and then use this data
to inform optimizations such as inlining, machine-code layout,
register allocation, etc.

There are different ways of collecting data about a program’s execution.
One is to run the program inside a profiler (such as perf) and another
is to create an instrumented binary, that is, a binary that has data
collection built into it, and run that.
The latter usually provides more accurate data and it is also what is
supported by rustc.

These .profraw files have to be post-processed before they can be fed back
into the compiler. This is done by the llvm-profdata tool. This tool
is most easily installed via

Note that installing the llvm-tools-preview component won’t add
llvm-profdata to the PATH. Rather, the tool can be found in:

Alternatively, an llvm-profdata coming with a recent LLVM or Clang
version usually works too.

The llvm-profdata tool merges multiple .profraw files into a single
.profdata file that can then be fed back into the compiler via
-Cprofile-use:

Using this feature with Cargo works very similar to using it with rustc
directly. Again, we generate an instrumented binary, run it to produce data,
merge the data, and feed it back into the compiler. Some things of note:

rustc‘s PGO support relies entirely on LLVM’s implementation of the feature
and is equivalent to what Clang offers via the -fprofile-generate /
-fprofile-use flags. The Profile Guided Optimization section
in Clang’s documentation is therefore an interesting read for anyone who wants
to use PGO with Rust.