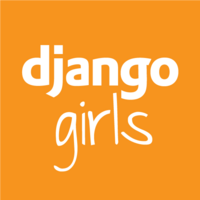 It's exciting, right?! You'll write your first line of code in just a few minutes! :)

Let us introduce you to your first new friend: the command line!

The following steps will show you how to use the black window all hackers use. It might look a bit scary at first but really it's just a prompt waiting for commands from you.

Note Please note that throughout this book we use the terms 'directory' and 'folder' interchangeably but they are one and the same thing.

What is the command line?

The window, which is usually called the command line or command-line interface, is a text-based application for viewing, handling, and manipulating files on your computer. It's much like Windows Explorer or Finder on the Mac, but without the graphical interface. Other names for the command line are: cmd, CLI, prompt, console or terminal.

To start some experiments we need to open our command-line interface first.

Depending on your version of Windows and your keyboard, one of the following should open a command window (you may have to experiment a bit, but you don't have to try all of these suggestions): 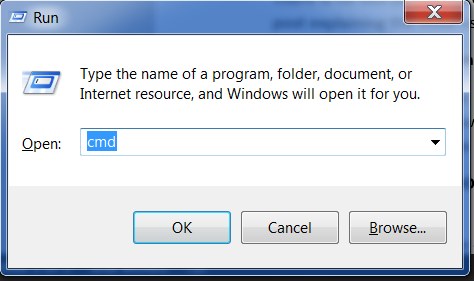 You now should see a white or black window that is waiting for your commands.

If you're on Mac or Linux, you probably see a $, like this:

Take a look at the Linux section just above now -- you'll see something more like that when you get to PythonAnywhere later in the tutorial.

Each command will be prepended by a $ or > and one space, but you should not type it. Your computer will do it for you. :)

Just a small note: in your case there may be something like C:\Users\ola> or Olas-MacBook-Air:~ ola$ before the prompt sign, and this is 100% OK.

The part up to and including the $ or the > is called the command line prompt, or prompt for short. It prompts you to input something there.

In the tutorial, when we want you to type in a command, we will include the $ or >, and occasionally more to the left. Ignore the left part and only type in the command, which starts after the prompt.

Let's start by typing this command:

And then hit enter. This is our result:

As you can see, the computer has just printed your username. Neat, huh? :)

Try to type each command; do not copy-paste. You'll remember more this way!

Each operating system has a slightly different set of commands for the command line, so make sure to follow instructions for your operating system. Let's try this, shall we?

It'd be nice to know where are we now, right? Let's see. Type this command and hit enter:

Note: 'cd' stands for 'change directory'. With powershell you can use pwd just like on Linux or Mac OS X.

You'll probably see something similar on your machine. Once you open the command line you usually start at your user's home directory.

Learn more about a command

Many commands you can type at the command prompt have built-in help that you can display and read! For example, to learn more about the current directory command:

OS X and Linux have a man command, which gives you help on commands. Try man pwd and see what it says, or put man before other commands to see their help. The output of man is normally paged. Use the space bar to move to the next page, and q to quit looking at the help.

Adding a /? suffix to most commands will print the help page. You may need to scroll your command window up to see it all. Try cd /?.

Note: In powershell you can also use 'ls' like on Linux and Mac OS X.

Note that the directory name "Desktop" might be translated to the language of your Linux account. If that's the case, you'll need to replace Desktop with the translated name; for example, Schreibtisch for German.

Check if it's really changed:

PRO tip: if you type cd D and then hit tab on your keyboard, the command line will automatically fill in the rest of the name so you can navigate faster. If there is more than one folder starting with "D", hit the tab key twice to get a list of options.

How about creating a practice directory on your desktop? You can do it this way:

This little command will create a folder with the name practice on your desktop. You can check if it's there by looking on your Desktop or by running a ls or dir command! Try it. :)

PRO tip: If you don't want to type the same commands over and over, try pressing the up arrow and down arrow on your keyboard to cycle through recently used commands.

A small challenge for you: in your newly created practice directory, create a directory called test. (Use the cd and mkdir commands.)

We don't want to leave a mess, so let's remove everything we did until that point.

First, we need to get back to Desktop:

Clean up: OS X and Linux

Check where you are:

Attention: Deleting files using del, rmdir or rm is irrecoverable, meaning the deleted files will be gone forever! So be very careful with this command.

Done! To be sure it's actually deleted, let's check it:

That's it for now! You can safely close the command line now. Let's do it the hacker way, alright? :)

Here is a summary of some useful commands:

These are just a very few of the commands you can run in your command line, but you're not going to use anything more than that today.

If you're curious, ss64.com contains a complete reference of commands for all operating systems.