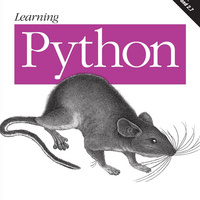 The foregoing section and much of this chapter at large
describe the generic state of play for all 2.X and 3.X Pythons prior to version 3.3. Starting with Python 3.3, the Windows installer has an option to automatically add Python 3.3’s directory to your system PATH, if enabled in the installer’s windows. If you use this option, you won’t need to type a directory path or issue a “cd” to run python commands as in the prior section. Be sure to select this option during the install if you want it, as it’s currently disabled by default. More dramatically, Python 3.3 for Windows ships with and automatically installs the new Windows launcher—a system that comes with new executable programs, py with a console and pyw without, that are placed in directories on your system path, and so may be run out of the box without any PATH configurations, change-directory commands, or directory path prefixes:

As shown in the last two commands here, these executables also accept Python version numbers on the command line (and in Unix-style #! lines at the top of scripts, as discussed later), and are associated to open Python files when clicked just like the original python executable—which is still available and works as before, but is somewhat superseded by the launcher’s new programs.

The launcher is a standard part of Python 3.3, and is available standalone for use with other versions. We’ll see more on this new launcher in this and later chapters, including a brief look at its #! line support here. However, because it is of interest only to Windows users, and even for this group is present only in 3.3 or where installed separately, I’ve collected almost all of the details about the launcher in Appendix B.

If you’ll be working on Windows under Python 3.3 or later, I suggest taking a brief detour to that appendix now, as it provides an alternative, and in some ways better, way to run Python command lines and scripts. At a base level, launcher users can type py instead of python in most of the system commands shown in this book, and may avoid some configuration steps. Especially on computers with multiple Python versions, though, the new launcher gives you more explicit control over which Python runs your code.